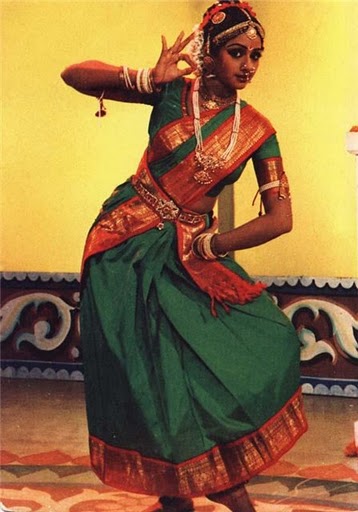 (Representative image taken from the internet)

Somewhere in middle of scores of tributes paid to Sridevi on her sudden and unnatural death, was a note of bitter regret from a dancer that the star’s death made national news for days and that she was given a formal funeral with a tricolour draped on her body.
Will a classical dancer ever get such coverage, ranted the columnist. Dance had never been important to the government, she said. How can you ‘clap Bollywood’?
These unfortunate remarks set me thinking and compare a classical dancer’s career with that of a Bollywood superstar.
Let’s analyse this in parts. Every Padma awardee is an honoured citizen of the country who has contributed to the growth of the country or to its culture in a special way. Hence the government pays homage after death by commissioning an honourable funeral with service and draping the body with the tricolour flag. Elsewhere someone wondered why a filmstar should get military honours which should be reserved only for the servicemen.
Classical dancers in the past have been given national coverage. How can we forget Rukmini Devi who the entire nation paid homage to? Many reports were published on her various achievements as pioneer in dance, revivalist, Prani Mitra, Rajya Sabha Member, Presidential nominee, theosophist, pioneer in education and founder of Kalakshetra. What about Balasaraswati, Sanjukta Panigrahi and more recently Mrinalini Sarabhai? One must reach that level of achievement and respect which these artistes enjoyed to attract national coverage. (But it is true that south Indian musicians never get even a cursory mention in national newspapers.)
The column makes derogatory remarks about Bollywood and places classical dance on a pedestal. How fair is that? Firstly, let us acknowledge the fact that Sridevi is a classically trained dancer. Then, onscreen too she is famous for her dances. Bollywood dances, even item numbers are not easy to perform and filming them requires hours of rehearsals and days to film it under the hot arc lamps and with several ‘takes’. The choreographer and the cinematographer demand perfection. The star dancer must also be adept at various forms and styles be it Indian or western. Most screen dances are done with a group of dancers whose wrong moves too, call for retakes. The steps and movements are different with each film and even for other songs within the film.
Compare this to a classical dancer’s performance. The good ones spend several hours in rehearsals of items that are taught to them by their gurus and practiced with musicians. They usually settle for one style, either Bharata Natyam, Odissi and Kuchipudi though they learn two or more styles initially. The main items are repeated, and occasionally new themes and concepts are presented. But what goes on in the name of contemporary dance on classical stages? How different is it from Bollywood dances? It can never claim to be framed in strict ‘shastraic’ norms, though it has earned itself a name as a genre.

Sridevi has proved herself as a dancer in classical terms in many southern films. I distinctly remember a duet between Telugu/Tamil actress Banupriya and Sridevi inside a temple (film??). It was brilliant. To mention a few, Revathy, Shobhna, Madhuri Dixit and Aishwarya Rai Bacchan are trained dancers.  Padmini, Vyjayantimala and Waheeda Rehman have performed dances based on classical styles in films.
Sridevi’s talent as an actor is unsurpassed and as actor Vidya Balan once remarked in a television talk show, ‘she is an institution herself, even if you just take her work in Mr. India.’ It is this multi-talented display of angikam, aharyam and vachikam abhinaya that is in full display in films. Classical dancers are not required to sing onstage or spout expressive speech. Most facial expressions are rehearsed and performed in exactly the same way in every item as prescribed by the shastra.
Another stressful factor for a high-profile heroine working in mainstream films in a leading role, is physical appearance. They are expected to maintain their attractive looks caring for their body from their shining hair to the tips of their manicured nails. This puts enormous pressure on their psyche. They workout at the gym, follow a diet and take supplements for health and energy. They are compelled to freeze their facial muscles to earn an extension for their place in the numbers’ game. They cannot afford to injure themselves as their ‘active’ career years are not more than a decade.
Actors like Sridevi, and Madhuri Dixit retired from action for fourteen years to pay full attention to family, marriage and kids. Some, like Nargis, Helen, Sadhna and Vyjayantimala left at the height of their career and never returned to the screen after marriage. Dancer gurus continue to lead an active domestic life parallel to their dance career.
What of the classical dancer? She can begin as a mugdha nayika in her teens and perform well into old age and will be accepted for her talents despite inability to sit down (muzhu mandi), bend the knees (araimandi) or waist or hold the elbows up. How many teachers insist on a round of warm-up exercises before class? Have we not seen young and middle-aged dancers 'rolling' on the stage? Do we chastise students who are unkempt or cannot control their expanding waistline?
The two arts are different. When Balasaraswati was recognised she was already into her mid-forties. Her large physique and heavy build was not pleasant, but the connoisseur and rasika could overlook these physical attributes and see the diamond shining within. Rukmini Devi, too, was in her thirties when she began training. Mrinalini Devi, Sitara Devi, Yamini, Kalanidhi Mami and Chandralekha continued to create fresh concepts and perform. Uma Sharma, Birju Maharaj, Padma Subrahmanian and C. V. Chandrasekhar are in great demand.  Vyjayantimala continues to give full performances and maintains the exacting requirements of classical dances. Should we credit her the discipline and experience of her film career for this miracle?

And to crib that they get paid more or rewarded more for their talents is not acceptable. They set the box-office registers ringing to the benefit of the entire team and the producer. If we classical dancers were so precious, why do organisers treat us so callously and expect us to pay for our own time on the public stage? Why have we not set standards of payment? Can we afford to forgo an opportunity or stage a dharna that dancers must get their due? And, in passing, do we attract an audience? But that is another story.
Being a Bollywood Tollywood Mollywood or Kollywood star is a not a joke. It is an art. In fact, no artist must look upon another art or artiste with condescension. Artistes should come down from their ivory towers, step down from their pedestal and respect others and their arts.
Posted by Indumati Raman at 20:05