The Story Behind Sadguru Tyagaraja's Aradhana 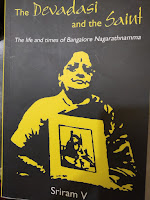 A review of the book The Devadasi and the Saint by Sriram. V. Publishers EastWest/ Westland-2007,2018

Sadguru Tyagaraja is revered as one of the Trinity of Carnatic music, (the other two being Muthuswami Dikshitar and Syama Sastri) whose compositions have enriched our music with their intense devotion, erudition and meaningful lyrics. Every year, hundreds of musicians and devotees gather at his samadhi at Thiruvaiyaru (Thanjavur District) and sing his compositions. The serene surroundings of the samadhi on the banks of the Kaveri throbs with vibrancy and music fills the air. This year, (2019) Pushya Bahula Panchami, the day he attained moksha, falls on Friday 25th January. In the morning musicians will pay homage to his memory and sing the famous Pancharatna kritis (a group of compositions set in five ragas) in one voice. The event will be telecast live on all national channels and is observed by devotees all over the world. 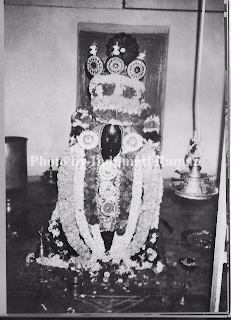 The background of the present building of the Samadhi and the Aradhana celebrations is recounted in detail in the fascinating book The Devadasi and the Saint, by Sriram. V, who describes himself as “a Chennai based entrepreneur and historian of Carnatic music and Chennai”.

It was the Devadasi Bangalore Nagarathnamma, a beautiful, erudite musician, dancer, and writer who was instrumental in building the samadhi and establishing the structure of the ceremonial Aradhana celebrations.

She valiantly fought a long and arduous battle against male chauvinism and the prevalent stinging prejudice against devadasis. She demanded equal respect for women in the music world when it was considered blasphemous for women to perform in public. Her life was a roller coaster ride where she this powerful and wealthy artiste faced penury in her last days. But she never gave up on her dedication to her patron saint Tyagaraja and her mission in life- a monument at his samadhi.

The author has tapped many sources and collected invaluable documents to augment the veracity of the complicated twists and turns in this struggle. It is to his credit that he has explained the politics behind the events in an easy, lucid manner and with admirable impartiality.

The book has rare photographs of the era and we can see Nagarathnamma at various stages of her life. The editors should have taken care to avoid the several typos that affects the quality of this book of historical importance.

Sadguru Tyagaraja and the Devadasi dancers are both subjects close to my heart, so I was specially moved as this story recounts the decline of the Devadasi system and their fight for dignity and respect in society.

After reading this inspiring biography, one feels Bangalore Nagarathanamma’s spirit is also silently paid a tribute during Tyagaraja Aradhana every year. 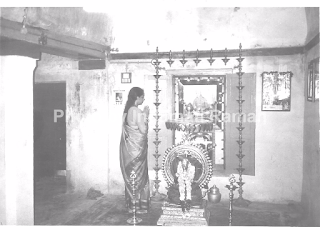